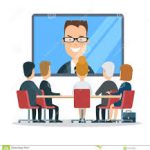 Making use of remote technology for the first time, the Annual General Meeting of Society members, held on Sunday 7 March, attracted about double the number of attendees in recent years.  The meeting was in ‘hybrid’ form.  Some members attended in person.  Many others attended via a Zoom link.

This was an important development.  Members of the Society are scattered far and wide.  The meeting is not held in conjunction with one of the Royal Shows, and even if it was, it is unrealistic to expect that members without a close connection with the show would travel long distances for a meeting which, although of importance, is only of short duration.

Showing the advantages of the hybrid model, the physical meeting, held at Shepparton in Victoria, was attended via Zoom by members, amongst others, from Tasmania and Central NSW.  Participation by Zoom attendees was seamless, and a number of members who attended in this way praised the Society for the innovation