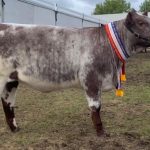 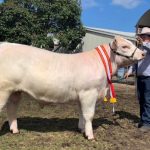 Congratulations are extended to Scott Bruton and family of Roly Park who enjoyed a clean sweep at the Shorthorns judging that took place on Saturday 10 September.   Judge for the event was Mr Jake Phillips, Angus Australia.